#9: Chiropractic Alleviates Pain – Chiropractors address the underlying cause of pain disorders, headaches, low back pain and sports injuries by treating the cause, not covering the symptoms. Quite often, those painful conditions are linked to dysfunctional areas in the spine known as vertebral subluxations – where movement is restricted or spinal bones are misaligned. Chiropractors adjust vertebral subluxations and this often alleviates the pain.

#8: Chiropractic Boosts Productivity – Since chiropractic care keeps you healthier, you will also find that your efficiency at work increases, also. For instance, chiropractic care rids LBP associated with sitting hour after hour in ergonomically incorrect chairs. “Sitting causes the pelvis to rotate backwards and causes a reduction in the lumbar lordosis, chunk-phi angle, and knee angle” notes researchers. Treatment also causes “an increase in muscle effort and disk pressure” (JMPT 1999; 22:594-609). In relating LBP can lead to work absence and higher medical costs: the focus of a study published earlier this year. In a review of 250 employees receiving workers compensation for low back pain– 72 of whom had no physically therapeutic care — patients receiving spinal adjustments experienced greater reductions in pain and disability. This translated into lower therapeutic costs and a faster return to work (Spine Journal 2006; 6:289-295). Chiropractic care effectively restores proper spinal alignment and reduces LBP. Missing appointments however, may foster a “one step forward, to step back” scenario.

#7: Chiropractic Improves Cognitive Function – Mapping of brain activity before and after chiropractic adjustments of the spine and the neck reveals that chiropractic care stimulates cognitive function. In a study involving 500 adult volunteers, researchers used cutting edge technology to create maps of functioning in the cortical portions of the brain before and after chiropractic adjustments of the cervical spine. Researchers found that “cervical adjustments activate specific neurological pathways” in the brain, potentially stimulating cognitive function (JMPT1997;20:529). Chiropractic adjustments also enhance response mechanisms in the brain, according to researchers in New Zealand who conducted a study involving 30 volunteers: all with evidence of cervical spinal joint dysfunction. Instead of cortical mapping the researchers used reaction time to various stimulation as a gauge. “Multiple sites of cervical spinal joint dysfunction were related to impaired cortical processing,” noted the researchers. This was demonstrated by “significantly less accurate response selection and a trend toward more variable performance of an anticipated response.” (JMPT 2005;28:502-7). After chiropractic adjustments, the volunteers demonstrated improved cortical processing and response selection.

#6: Chiropractic Boosts Immunity and Prevents Other Conditions – Scientific research reveals that regularly scheduled chiropractic care may boost the body’s immune response. And a powerful immune system is a key component of chiropractics all-natural approach. One study involved 11 patients over a nine-month period. The pilot study provided preliminary information regarding chiropractic care and possible links to improved immune status. Chiropractic care also boosted other aspects of health and quality of life – as mentioned above (JVSR 2006 1-6). Another study in 1991 even found that chiropractic adjustments boost levels of polymorphonuclear neutrophils (PMN) and monocytes — white blood cells associated with a healthy immune system (JMPT 1991; 7:399-408).

#5: Chiropractic Reduces Stress – Chiropractic care reduces stress by allowing the body to achieve a balance. In addition, chiropractic helps keep patients free of the impairments to regular exercise, which is key to reducing stress and preventing stress-related anxiety and depression. And, while chiropractors do not treat depression, preliminary research demonstrates that chiropractic adjustments may ease depressive symptoms by increasing endorphins. “It has been long speculated that chiropractic interventions may affect mental health problems,” note researchers. Investigators followed 15 adults who were both clinically depressed and had cervical spine subluxations. Before and after receiving an adjustment, the subjects completed a standard assessment for depression called the Beck Depression Inventory II. Results revealed a marked reduction in depression scores following treatment (JVSR 2005:1-4)

#4: Chiropractic Care Encourages Increased Physical Activity – New patients frequently find that chiropractic care jump starts them toward a more wellness oriented lifestyle, simply because they can move more and with less pain. For instance, many chiropractic patients report improved function and with that, an increased ability to stick to a regular exercise program.

#3: Chiropractic Reduces Dependency on Medications – Individuals who maintain regular chiropractic care are far less likely over use medication, which all have dangerous side effects. Even OTC pain medication may cause problems in the gastrointestinal system. In addition, long-term use of pain medication can actually worsen the very symptoms they was intended to reduce – a “rebound’ reaction. “Rebound” headaches are relatively new, and describe a long standing, “unnamed” and largely unrecognized condition caused by taking painkillers — daily or on a regular basis — from migraines or other headaches. Remember, these conditions are common, they are NOT normal!

#2: Chiropractic Improves Sleep Quality – Chiropractic patients often enjoy improved quality of life, including sleep quality. This is due to a reduction in pain and anxiety which often interferes with sleep patterns. Improved sleep enhances immunity and your ability to fight disease. Some exciting preliminary research links insomnia with vertebral subluxations. The study collected data on 221 patients being cared for by 15 different chiropractors. According to the findings, “one third of the 154 patients who completed the semi structured interview reported their sleep pattern was changed immediately after their chiropractic adjustment. All but one of these 52 patients reported improvement” in the 20 patients with insomnia, improved sleep was noted in the six days following the chiropractic adjustment. ”However, no consistent trends were noted in the days and weeks following care, so additional research is necessary before a firm link may be established” (JMPT 2005;28:179).

#1: Chiropractic Adds Life and Improves Structural Wellness – Regular chiropractic care instills patients with sense of ‘health-confidence” and self-confidence. Much can be said for first impressions. So whether it be in business or in our personal lives, your posture can speak for you before you ever utter a word. If you see someone standing upright, they carry an aire of confidence that bears watching and commands respect. Contrast that mental image with someone who is hunched over or slouches and you can see what I mean. Chiropractic patients learn to take charge of their own well-being, and in turn, increase their longevity by adding a heightened quality-of-life. 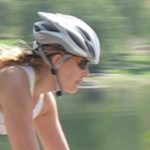 Two and a half years ago, Kristen decided to become a triathlete.  Soon after, she started having bad headaches while cycling, along with other aches and pains.  Rather than accepting extreme amounts … END_OF_DOCUMENT_TOKEN_TO_BE_REPLACED 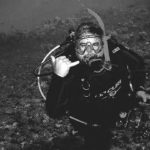 Kevin had gone to several chiropractors in the past, challenged with severe lower back pain and also pain in his legs.  Says Kevin, "Truthfully, I could hardly walk.  I could barely take my … END_OF_DOCUMENT_TOKEN_TO_BE_REPLACED