As a former collegiate  athlete I have spent more than my fair share of time on a trainers table. Whether it was preparation for a game,  practice, or rehabbing an injury you could find me there and you could bet there was going to be a lot of white tape    involved.

Nobody really liked having their joints wrapped in layer after layer of stiff athletic tape, but we coped because our coaches told us it was necessary and not to show up to practice let alone a game without it. I also learned that while it may have been easy enough to use on an ankle, wrist, or finger, using it on a joint that had more mobility like a shoulder, hip, or knee was difficult to say the least and frustrating to put it more accurately.

However the more I learned about the human body and read the research as a pre-med student I came to find that this was only partially true. Study after study was coming out saying that stiff white athletic tape only held its structure for the first ten minutes of an activity and after that its effect was mostly proprioceptive (proprioception is the bodies and subsequently the brains ability to know where it is in space.) This means that much of the protective quality in the tape was not that it was rigid support as much as it was a tool to get the brain to be have a heightened awareness of a specific problem area. I filed this away for future reference and didn’t come to a practical application of this principal until I was in grad school.

When I first heard about Kinesio Tape while in Chiropractic school I immediately understood that this was the scientific application of the papers I had read in college, and I signed up for the certification course the next time it was offered near by.

Kinesio Tape works by triggering the bodies proprioceptive sense and heightening it for a specific area. This is especially important in areas of injury as they present an influx of negative information flooding back to the brain. This often is enough to reduce the regular flow of proprioceptive information (on things like joint angle, muscle tension, angular velocity, etc.) in a phenomena called disafferentation.

Put simply the gentle tug provided by the water proof elastic tape not only provides tensile support, it increases the amount of information that brain gathers on that particular joint.  This leads to not only external support, but increased support from the internal structures.

Unlike white athletic tape, Kinesio Tape is water proof and to a great degree sweat proof (at least over the course of a single competition). It is also made of high grade cotton that enhances breathing and wicking of sweat.

The gentle tug provided by the elastic quality of the tape actually lifts the skin and allows body fluids to flow unrestricted (I don’t know how many times I had to get a white tape job cut off because my toes or fingers turned blue.) Actual use of this application can help in the healing process as swollen and bruised areas clear faster with specific kinesio tape applications.

The ability to work with complex joints is huge. In the past trainers had to come up with creative ways to provide the difficult combination of support needed for an injured joint and mobility needed for performance. My own experience revealed that even with their creative minds whirring at full speed the result was often bulky and undesirable for an athlete. (Not to blame them, but the medium they were working in had its limitations).

With the specific application technique, in addition to the activation of specific muscles for support you have the ability, when applied in the opposite direction, to essentially shut down a muscle. This comes into play when one has a tight or spastic muscle, or a muscle that is no longer needed to be active (like after an event is over) and can now be left to relax and heal while out of competition.

Learn More or Locate a Certified Practitioner      in Your Area

See Kinesio In Action at the 2008 Beijing Olympics 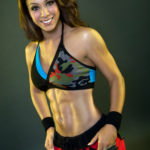 Dede had always utilized the services of a chiropractor when she actively competed as a dancer.  When she later got into fitness, old injuries started creeping in. “I am a fitness creator, and I … END_OF_DOCUMENT_TOKEN_TO_BE_REPLACED

An automobile accident and later a work-related injury has caused Allen to suffer lower back problems since 1984.   Says Allen, “I’ve struggled with pain for years and have been seeing chiropractors … END_OF_DOCUMENT_TOKEN_TO_BE_REPLACED