The Chiropractic Center is pleased to provide education and information from a variety of trusted, professional resources.  Our goal is to increase the knowledge and comfort of our patients across a wide spectrum of interests affecting their health and well being.

If you have specific questions or concerns you’d like to discuss personally with us, please click here .  It would be our pleasure to ensure your complete understanding of the science of chiropractic treatments or other subjects covered in the article below.

At his research clinic in Dallas, psychologist Jasper Smits is working on an unorthodox treatment for anxiety and mood disorders, including depression. It is not yet widely accepted, but his treatment is free and has no side effects. Compare that with antidepressant drugs, which cost Americans $10 billion each year and have many common side effects: sleep disturbances, nausea, tremors, changes in body weight.

This intriguing new treatment? It’s nothing more than exercise.

That physical activity is crucial to good health — both mental and physical — is nothing new. As early as the 1970s and ’80s, observational studies showed that Americans who exercised were not only less likely to be depressed than those who did not but also less likely to become depressed in the future.

In 1999, Duke University researchers demonstrated in a randomized controlled trial that depressed adults who participated in an aerobic-exercise plan improved as much as those treated with sertraline, the drug that, marketed as Zoloft, was earning Pfizer more than $3 billion annually before its patent expired in 2006.

Subsequent trials have repeated these results, showing again and again that patients who follow aerobic-exercise regimens see improvement in their depression comparable to that of those treated with medication, and that both groups do better than patients given only a placebo. But exercise trials on the whole have been small, and most have run for only a few weeks; some are plagued by methodological problems. Still, despite limited data, the trials all seem to point in the same direction: exercise boosts mood. It not only relieves depressive symptoms but also appears to prevent them from recurring.

“I was really surprised that more people weren’t working in this area when I got into it,” says Smits, an associate professor of psychology at Southern Methodist University.

Molecular biologists and neurologists have begun to show that exercise may alter brain chemistry in much the same way that antidepressant drugs do — regulating the key neurotransmitters serotonin and norepinephrine. At the University of Georgia, neuroscience professor Philip Holmes and his colleagues have shown that over the course of several weeks, exercise can switch on certain genes that increase the brain’s level of galanin, a peptide neurotransmitter that appears to tone down the body’s stress response by regulating another brain chemical, norepinephrine.

The result is that exercise primes the brain to show less stress in response to new stimuli. In the case of lab rats and mice, those stimuli include being plunged into very cold water or being suspended by the tail. And while those are not exactly problems most people face, the thinking is that the human neurochemical response may well react similarly, with exercise leaving our brain less susceptible to stress in the face of harmless but unexpected events, like missing an appointment or getting a parking ticket. A little bit of mental strain and excess stimulation from exercise, in other words, may help us to keep day-to-day problems in perspective.

Researchers wonder whether this interaction between body and brain may, evolutionarily speaking, be hardwired. “It occurs to us that exercise is the more normal or natural condition and that being sedentary is really the abnormal situation,” Holmes says.

Humans (and lab rats) never evolved to be cooped up, still, all day long. Our brains simply may not be built for an environment without physical activity. Research has also suggested that exercise may be an effective treatment for not just depression but also related anxiety disorders and even substance dependence.

Other scientists have found that in mammals, exercise also boosts the production of brain-derived neurotrophic factor (BDNF), a substance that supports the growth and maintenance of brain cells. In depressed patients, BDNF has been shown to help repair brain atrophy, which can lift symptoms of the disease.

Smits says his exercise treatment appeals to patients for two main reasons. First, exercise doesn’t carry the same stigma among patients (and some providers) that depression medication and psychotherapy do. Second, the mood-enhancing benefits of exercise can kick in fast — a lot faster than, say, its impact on weight loss or cardiovascular health. “By and large, for most people, when they exercise 30 minutes — particularly when it’s a little bit more demanding and they get their heart rate up — they feel better,” Smits says. “You get an immediate mood lift.”

That effect doesn’t reflect the longer-term changes in the brain that Holmes studies. But Smits uses the immediate mood boost as a way to motivate patients with depression (which, of course, manifests in a chronic lack of motivation) to get moving. Instead of a barrier to exercise, Smits suggests, depression can become a reason to exercise. “You feel crappy, so you get on the treadmill, and you look back and you say, ‘Wow, I feel much better,’ ” he says.

Yet for all the potential clinical benefits, the big questions about exercise treatment remain unanswered: How much? How long? In which patients? In their recent book for therapists, Exercise for Mood and Anxiety Disorders (Oxford University Press, 2009), Smits and co-author Michael Otto at Boston University suggest precise exercise doses that they hope will aid psychologists and primary-care doctors in prescribing exercise as treatment — which can be administered in combination with other treatments, of course.

Smits and Otto recommend the familiar 30 minutes of moderate-intensity aerobic exercise, like walking, five times per week, or 30 minutes of high-intensity aerobic exercise three times a week. These doses, which are regularly recommended for physical fitness, are the only ones that have been well tested for depression. “But we can’t say at this point that more wouldn’t be better,” Smits says. “Or maybe less would be better. We really don’t know.” Too few tests have been run. It is also unclear whether anaerobic exercise, like weight lifting, would have the same mood-lifting effects, or whether exercise works as well in severely depressed patients as it does in sufferers of mild to moderate depression.

For now, then, data on exercise are only suggestive. The clinical literature on antidepressant drugs is massive, since large-scale, rigorous studies are required for market approval from the FDA. The trials on exercise have all been smaller, perhaps in part because they need no government approval. “If you look at FDA standards [for evidence], it’s not clear that exercise would meet that standard,” says James Blumenthal, the Duke University professor of medical psychology who ran Duke’s 1999 exercise study as well as a 2007 follow-up with more than 200 patients, which Blumenthal believes is the largest such trial to date.

But the evidence is mounting, and it’s hard to argue with a free treatment that is exempt from side effects for a pervasive and debilitating mental-health scourge — especially when so many other health benefits of exercise are incontrovertible. “I think that we have reason to be optimistic,” Blumenthal says. “For people who at least want to consider exercise as a possible treatment, and for whom exercise is safe, it’s definitely worth a shot.” 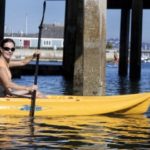 Nancy Eaton has been an athlete all of her life.   However, her first meeting with Dr.Johnson was not as a result of an athletic injury.  She had badly sprained her ankle from falling backward off her … END_OF_DOCUMENT_TOKEN_TO_BE_REPLACED 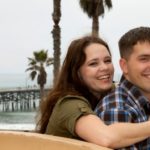 Ashley, now 24 years old has had back problems since she was 13. "I've worked with a lot of chiropractors in the past who temporarily fixed the problem. When I started seeing Dr. Johnson a year ago, … END_OF_DOCUMENT_TOKEN_TO_BE_REPLACED