Carpal tunnel problems are a common effect of repetitive motions to abnormally functioning joints of the spine, arm and wrist.

Chiropractic techniques that work so well with the spine can be applied to other joints in the body. Virtually every joint is susceptible to fixations and malfunctions that impair function and range of motion. Trauma, micro-traumas, vibrations and repetitive motions are often culprits.

The carpal tunnel is a band of ligaments and small bones in your wrist. Painful symptoms can result when nerves are compressed by a collapse of this nerve “tunnel.”

Many are surprised to learn that the cause of their wrist problem may be due to functional changes to one or more joints of the neck, shoulder, elbow or wrist. Subluxations in the upper spine can compromise the workings of any structure between it and the tip of your littlest finger. This is often called the double crush syndrome.

Shoulders, hip problems, knees, ankles and even the jaw problems have been shown to respond to chiropractic care. Find out before resorting to drugs or irreversible surgery!

It just makes sense to take the more conservative approach first: chiropractic first, drugs second and surgery last! Schedule a consultation with an Association member chiropractor near you and find out what safe and natural chiropractic can do for you.

Chiropractors approach these cases with sensitivity and compassion. 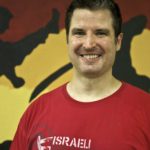 Scott has had a history of back problems. When he and his wife moved to the San Clemente area recently, his neck pain started to escalate during the moving process. He found Dr. Johnson on the … END_OF_DOCUMENT_TOKEN_TO_BE_REPLACED

Ashley is a student and dedicated athlete.  She enjoys weight lifting, cross training, cardio and plyometrics.  She has gone to chiropractor off and on but never found one she liked. Through the … END_OF_DOCUMENT_TOKEN_TO_BE_REPLACED